Alright, so you all may know that I absolutely adore cats. I have my Misty, and she’s such a cutie. But today, we’re talking about the Broadway musical CATS. If you’re familiar with it, then you’ve likely seen the preview for the newest version set to hit the big screens in December. The original version was released in 1998, and it was essentially the theater show recorded. I’m sure there were plenty of film aspects mixed in, but it was one set and almost as though you were watching in a theater that just so happened to look like your living room.

*Please note: all photo credits/sources will be listed at the end of this post*

For background of my relationship with the show, I’ve been watching it since the age of three when a preview for the 1998 movie on one of my Barney VHS tapes (random, I know). Long story short, I watched it, fell in love, and watched CATS every single day until I started preschool. I’ve carried a love for it throughout my life, and I can still sing every word. In fact, I went to see a run of it in Connecticut earlier this year. So yes, I had and still have high standards for the new film. It’s a work of art that I glean more and more from as I grow and get older. In order to make sure we’re all on roughly the same page while further discussing this controversial preview, let’s cover some background.

CATS is a Broadway-caliber musical composed by the legendary Andrew Lloyd Webber (Phantom of the Opera, Evita, Jesus Christ Superstar, among others). However, he was not the one who wrote the words. The musical is based on a children’s poetry book by T.S. Eliot (one of my favorite poets!) that Webber was familiar with earlier in his life. He was so inspired that he set Eliot’s words to music and through collaboration with many others, including Trevor Nunn who played a big part in the iconic “Memory”, launched CATS officially in the 1980’s. It was unlike what anyone had seen before, and while people initially had a hesitant reaction to the show, it later became wildly popular, hence the 1998 film.

The musical doesn’t run like one typically does: there are many sub-stories from cat  characters who are identified as      “jellicle”. Essentially, this means that they are a special group of cats who meet up once per year and tell their stories so that one can be elected by their leader, Old Deuteronomy, to have a new life. That’s the gist, but what happens in the show is magic. The sub-stories make up a larger one (like a novel in stories, for example) instead of  one plot moving chronologically. It’s slightly more difficult to follow, and the lyrics seem like poems set to music rather than typical song lyrics, because quite literally that’s what they are. There is a bit more to unpack, but once you’re familiar with the show, you can dive deeper into its brilliance and creative qualities. I’m biased, but I would certainly argue that it’s Webber’s very best work.

This movie is a new take on a truly one-of-a-kind show, but they went all out on casting. A few notable case members are as follows:

Reimagining a classic production isn’t easy, but I think this cast is very strong. It can’t be a carbon copy of any of the previous casts, film or theater, and it’s important that new casts are able to bring something fresh to the table. They need to show a new angle on their characters, and that is what I feel this cast is designed to do. Jennifer Hudson sings “Memory”        differently than Elaine Paige, but isn’t that the point? Isn’t the point of casting her as Grizabella to see a new side of the character and allowing her to grow within the same story? This cast has a variety of seasoned pros in the entertainment industry from across the board, and I’m excited to see how they evolve these characters into contemporary times.

I think the most criticism has undoubtedly come from the portrayal of the cats themselves in the preview. The costumes that we’ll see on the big screen will be digitized, allowing the cast to literally become one with their character. These are different than the theater version that people are used to, and they are being vocal about it. However, if we’re going to revolutionize a musical, shouldn’t we offer an entirely new take? The costumes should be different than the live performances, and while I don’t think they’re perfect, I do think that they’re a different artistic vision that will enhance the story in motion. It’s a new creative vision on a classic, which by the way wasn’t taken too well at first, either. It will be an adjustment, but I have a feeling once people are watching a full movie instead of a preview that lasts only a couple minutes, they will quickly get used to it.

We haven’t seen all too much from the music of the show, but we did get a taste of Hudson’s rendition of “Memory”. As I expected, she has done a stunning job with the song, making it equal parts beautiful and haunting. She is the next in a long line of talented singers who have taken on the role of Grizabella, and it looks as though she will go down in history as one of the best, right alongside of the original Grizabella, Elaine Paige. 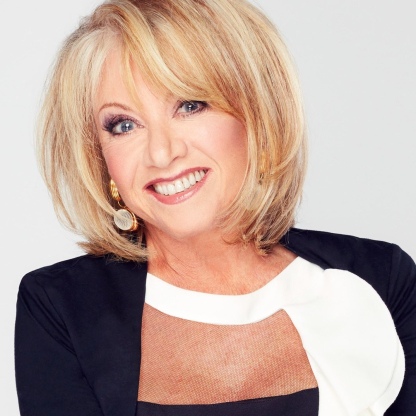 It will be interesting to see how Taylor Swift and Jason Derulo approach their solos in the songs “Macavity the Mystery Cat” and “The Rum Tum Tugger”, as the popstars are used to an entirely different genre than utilized in theater. It will also be interesting to see James Corden and Rebel Wilson perform in their musical numbers, although I think the different approaches to all of these songs will offer a new side to the show that fans haven’t yet seen. Going back to the cast, they are well-rounded in entertainment, which will keep the show fresh and revitalized.

It’s no surprise that there is much more creative abundance when it comes to movie sets in comparison to theater sets. CATS traditionally has one set, the junkyard, all the way through the show. However, from the preview, we can gather that we are going to see sets to match the many stories that the different cats tell. I am very excited to see how Eliot’s visions from the poems literally come to life onscreen. I think that this is probably the greatest advantage to turning the musical into a full-fledged film; it allows viewers to see quite literally what each character is talking about. It will also be easier to follow this way, and more people will be able to appreciate poetry in motion in a visual manner.

CATS is a show that had to pass through so many channels to get where it is today and where it will be come December. It’s a collection of stories that is timeless if it is still able to garner this much buzz nearly forty years after it was introduced onstage by Webber. It all began with Eliot’s words crafting poems designed for children and has evolved into a movie designed for big screens across the world. It’s gone from Eliot’s words to Webber’s vision to Tom Hooper’s (director) transformation. Things do evolve and we can’t be so rigid to change when it comes to continuations of old favorites. I think that CATS‘ legacy is magic in the sense that it is able to maintain a level of nostalgia and discovery in every stage of its existence. I will always remember the first time I saw it onscreen in the 1998 version, but each time I see it again or see it in a theater, there is always a sense of home in returning to the beloved stories. I’m sure I’ll feel that way in December, too, seeing Eliot’s poems lived out in an entirely new way.

Just like Disney’s recent remakes, or Jared Leto’s portrayal of the timeless supervillain Joker, CATS is back as a beloved classic coming to new life. Always keep in mind that if you didn’t like the preview enough, then you don’t have to see the film. However, I would just suggest if you’re someone who isn’t entirely familiar with the show and you decide to go see the new movie, try to view it as individual stories that amount to a larger one instead of a chronological production. Ultimately, I would recommend to just give it a chance if it interests you. I may or may not like the film in the end, but I’m excited to see one of the most creative and unique musicals revived again. Art is largely trial and error, and it never evolves or grows if we stop imagining new options. And as CATS‘ leading line says: “Let the memory live again”.

I think I’ve found the secret to creative success...and it’s quite simple 🌺 As in, it’s been in front of me this whole time and yet I’ve just figured it out. Leave it to creatives to find the roundabout way, right? 😉 Link is in my bio! ⠀⠀⠀⠀⠀⠀ Make sure to comment your thoughts on the post and let me know what you’d like to see coming up on Word Oasis! I’m an open book and open to ideas, so keep ‘em coming 📖 ⠀⠀⠀⠀⠀⠀ #creatives #secrettosuccess #blogger #selfgrowth #creativeexpression #writer #workshop #artistcommunity #smallartist #poet #artblogger #inspiration #novel
And... we’re back with handwritten original writing! This one is complete with glitter gel pen and lefty smudges ✒️ I loved playing around with the structure of this one and capturing those “tumble” and “cascading” verbs within the visual of the stanza. ⠀⠀⠀⠀⠀⠀ To be honest, sometimes concepts like this are tricky for me because I get lost in the words’ meaning and just want to present them on the page simply. That’s all very well in many cases, but it’s important to bear in mind that the structure of the words plays a part in the art, too 🗝 ⠀⠀⠀⠀⠀⠀ #lefthanded #lefty #poetsofinstagram #poetry #originalpoem #creativewriting #creativity #artblog #wordoasis
🍂 embrace every stage 🍃 these are the words that caption these pictures in the new blog post: “An Artist’s Vision”. Our creative vision changes. As the projects progress. As our views progress. As our lives progress. We must embrace every state, not only standing by our creative vision, but also our creative intuition. There’s beauty in all stages. Trust it. Link in bio.
⏳...So, it’s late, but here is the post that was meant through Friday. I’ve run into a slight health problem that slowed me way down the last couple days, and I didn’t want to push myself too far. If you want to check out “Journal: On the Cusp,” it’s at the link in my bio on my blog! Today’s post is very casual and relaxed. It’s based off an idea I’ve had since the end of 2019 that I’m on the verge of something so special. I just feel like although I wish the process of drafting my novel-in-process, Caspertown, didn’t take as long as it has, all of the life experience I’ve accumulated can help this story become its absolute best. There is so much in store for this novel, and I can’t wait to update you all again soon! New post coming tomorrow...⌛️#journal #blogger #authorsofinstagram
Last post of 2019! “Embrace the Rejected” 🌓
Use creativity to work out what’s on your mind... if you need me, I’ll be working on this concept for a bit 🕯#creativity #artistsofinstagram #writer #passionproject #hypocrite #conceptart #artitout #bloggerlifestyle #wordpressblog
%d bloggers like this: